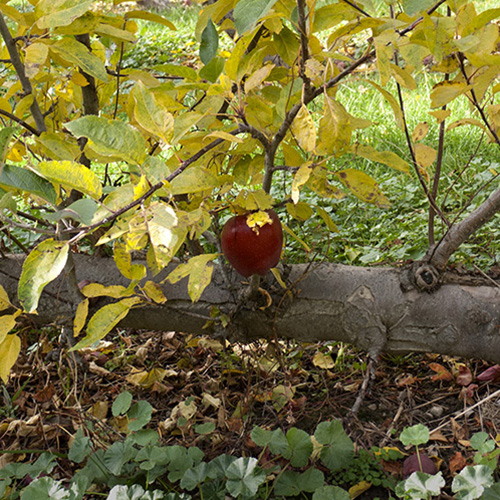 About The Collective Agency Project

About The Collective Agency Project

The Collective Agency Project was formed in January 2020 through an open call of the Public Art Program, City of Vancouver and Vancouver Board of Parks & Recreation. The proposal was both straightforward and yet deeply complex: seniors were invited to join a two-year project that would introduce them to photography as a multifaceted art practice in order to produce an extensive body of work that would result in an exhibition and public art project. Led by Vancouver curator Ann Pollock and artists Christos Dikeakos and Birthe Piontek, with additional expertise and support from artists Barrie Jones, Henri Robideau, and Harry Killas, the aim was to turn art into an agent of change.

As a society, we are just now beginning to understand that agency and decision-making have been the privilege of only a few; that many more voices need to be invited to this table of power and independence. Seniors are usually overlooked when thinking about diversification and inclusivity. The Collective Agency Project, a group of senior Vancouver artists, counters this, giving voice and presence to an age group often relegated to the fringes of society with their time of usefulness deemed over.

The Collective Agency Project is made possible through the public art requirement for OPAL by element and produced by the City of Vancouver Public Art Program in partnership with Arts & Health: Healthy Aging Through the Arts, Vancouver Board of Parks and Recreation. 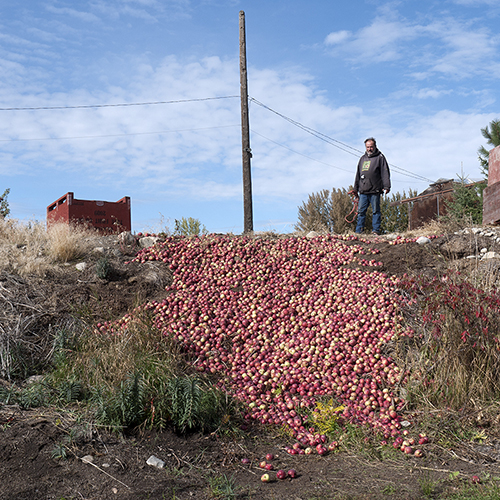 As a first-generation member of the Vancouver photoconceptualist scene with Ian Wallace and Jeff Wall, Christos Dikeakos is as much an historian as a photographer. For Dikeakos, the process of looking at a subject overlaps with looking back. Reflecting a preoccupation with vanishing rural farming and orchard landscapes and the shifting economic terrain of the British Columbia’s famed Okanagan Valley, this collection features photographic images, prints and large projections as well as various objects and documents drawn from the region. The result is a multi-layered reading of place through art. The phrase Nature Morte, the French-language pictorial equivalent of Still Life, here literally evokes the death of nature. 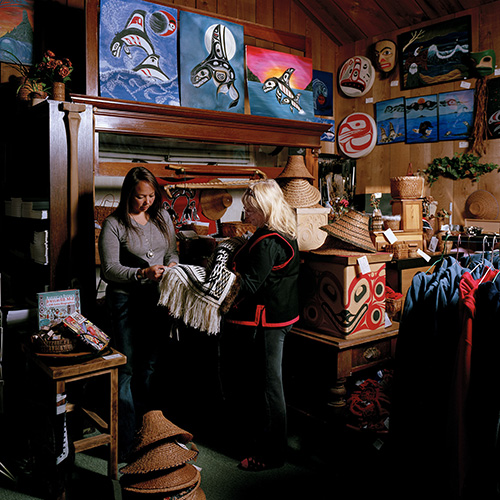 This project is a departure of the Sites and Place Names works which provided a strategic look on urban typographies by acknowledging the first aboriginal histories and sites. This was a recuperative project to piece together both aboriginal and non-native overlapping histories and territories. The certainty of words and text was used with photography to locate and to describe.
The current pictures are an extension of two previous large photographs Window View and The Room. A series of tableaux which express the idea that there exists conductive resonances in both cultural and natural spaces. They are reminiscent of the dominant form of historical western painting traditions which allows the photographer to access motifs and ideas on carefully chosen subject matter. 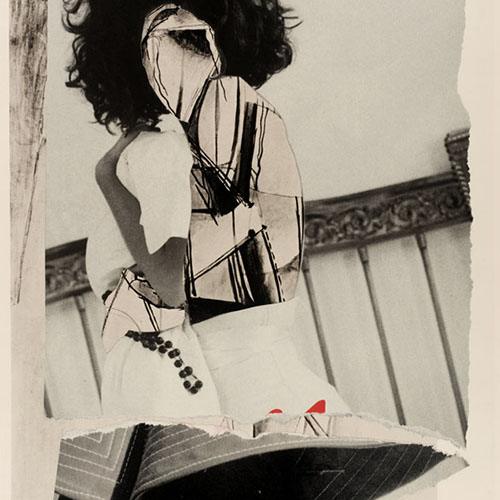 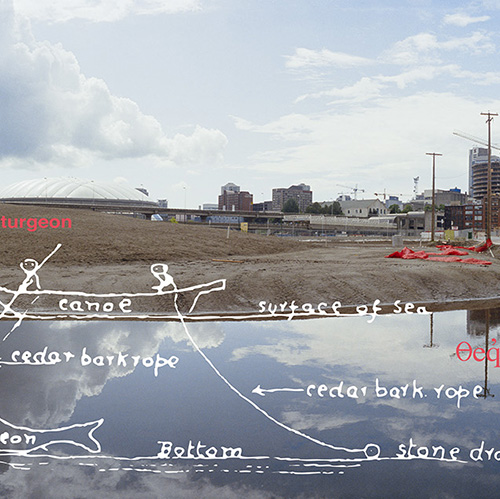 About Sites and Place Names

About Sites and Place Names

Dikeakos' photographs involve viewers in a visual and mental search for deeper thematic connections between images which at first sight appear almost striking in their banality. His Sites and Place Names are projects intended to question and change our perceptions of the city as a purely European settlement and examine latent histories contained within place.
Sites and Place Names: Athens extends the discussions from Vancouver (his living place) to his birthplace of Greece and the layering of its own specific histories. Dikeakos used Hachett's Guide to Athens and its Environs (published in 1951) that he found in a secondhand store as his guidebook to tour ancient sites in Athens, Greece. In this installation he has layered photographic works on the walls and in the center of the room placed a study cabinet similar to many seen in libraries and archives. However this container, made by Jeff Pelton and Alex Hass, is fitting to the kind of study cabinet that may have been used in an archaeological site. The marginal notations in the photographic works are integral to the meaning of the photographs. English, French and Greek texts provide stories and memories that fill gaps between past and present. The text points to what lays hidden behind the highways, urban sprawl and crumbling ruins in his photographs as well as to his own memories, thereby providing a position from which the viewer can interrogate the places depicted. His is an investigative approach like that of an archaeologist who digs to uncover hidden truths in the landscape. 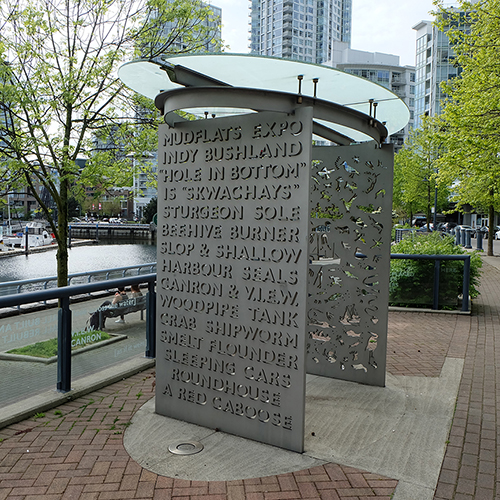 This installation is located on three sites along the new seawall on the north shore of False Creek - just east of Davie Street. It consists of 2 pavilions in stainless steel and glass, 13 bronze chairs and 120 feet of glass guardrail etched with text. The pavilions, set on the two outer sites, are each composed of an elliptical glass roof supported on two large sheets of steel, one cut through with words, the other with images. At the centre site the residual images - the positive cut outs from the pavilions - are cast into an ellipse of concrete paving.
These pavilions are rain shelters, viewing points, framing devices; evoking through these particular names and images, the ongoing transformation of the site - our personal and collective histories, a tracery of shadows and projections.